For Monte Rodovias, caring for the environment and the society in which we operate is of paramount importance and is a value rooted in the Company’s operations. Therefore, the Company is always aligned with the best ESG practices and aims to generate impacts both through social impact actions and environmental responsibility programs.

Each of the Company’s assets has different ESG initiatives. For CBN, Monte Rodovias has 3 main fronts, namely:

For CRA, we have three main initiatives related to the ESG theme. Are they: 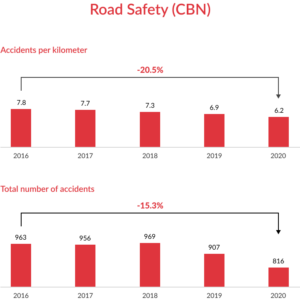 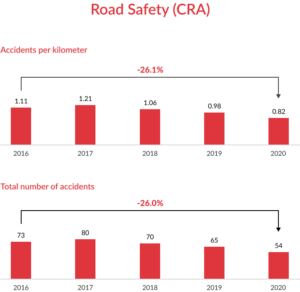 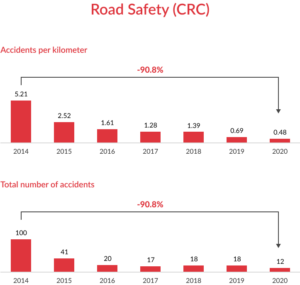 For occupational safety, which we use accident rates, training and compliance with management systems, the results were also positive, as can be seen in the graphs below: 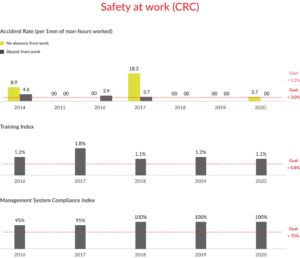 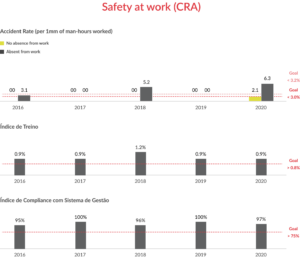 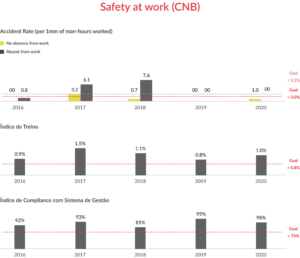 The actions taken at CRA to improve the conditions of our highway were recognized in 2016, 2017 and 2018. CRA was considered by the National Transport Confederation one of the best highways in the country. In addition, between 2015-2018, we were recognized as a Great Place to Work Company. 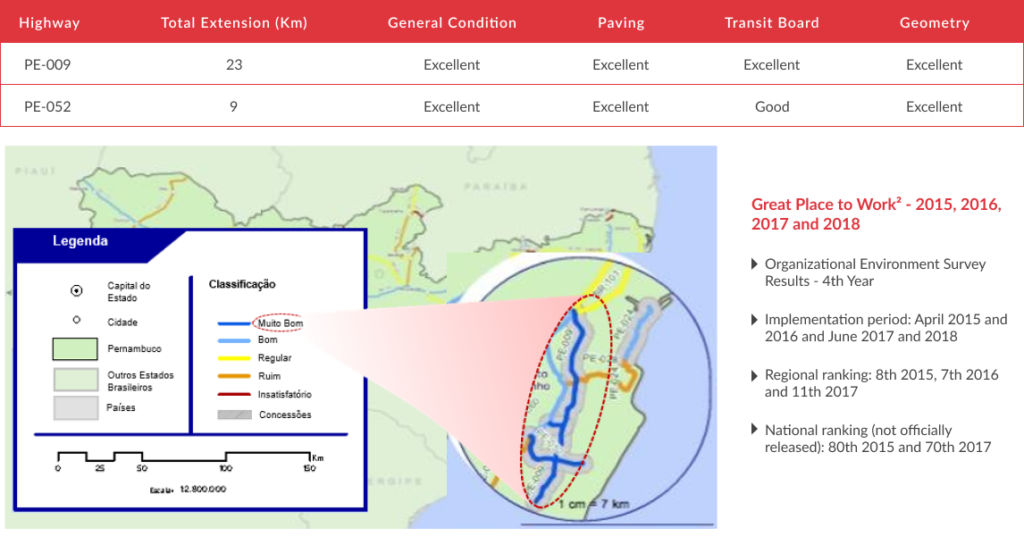 The CRC also has several initiatives aligned with the ASG agenda, among which it is worth mentioning:

Like CRA, CRC has already been recognized and awarded for its quality. Among all toll concessions in Pernambuco, we received the second highest score for road conservation in the state, according to a survey by the National Transport Confederation (“CNT”). This care we take with our roads can also be seen through customer experience surveys. In terms of quality, we achieved a score of 8.3 out of 10 and a pass rate of 98%, according to a 2020 CRC survey. highway operation.